Rick’s Place is named after Rick Thorpe—beloved husband, father, brother and son who lost his life in the World Trade Center on September 11, 2001. Rick was a vibrant community supporter who devoted many of his best talents to giving to others in need. In his honor, the Rick Thorpe Memorial Fund was established in 2001  and Rick’s Place was launched in 2007.

Because of Rick, children in Western Massachusetts and Northern Connecticut are getting the opportunity to grieve in a supportive and nurturing place specially designed to help restore balance and life purpose. 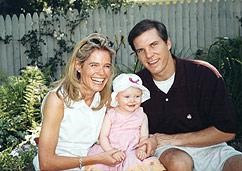